As people come of age, most of them are heard saying that their time is limited. Many people are anxious about time, and it shows in the lifestyles they had. In a normal office setting, workers can be seen multitasking to finish multiple tasks simultaneously. Some would reason out that doing this makes them efficient and saves a lot of time. Others have a mindset that they need to overwork themselves to enjoy the fruits of their hard work earlier in life. Time had made life a marathon, and people find themselves competing and beating each other to be the one who conquers life first. People also define success according to time. According to that standard, a person graduating from a young age and establishes a flourishing business would be defined as more successful than one who had just finished studying at thirty years old. This is a reason why most people are afraid of jumping into ventures one after the other.

Decisions, milestones in life, and sudden realizations are also dependent on time. Many people would say that it’s too late for a grandmother to start her business or too early for a kid to learn stocks. Society had worked on the concept of time and put standards in it, which had put pressure on everyone’s lives. This is the negative effects of building these stereotypes. There are many wasted opportunities that people had rejected due to the reasons of their time and age. Some people haven’t reached the pinnacle of their careers because they are ashamed to do something because of their own age. These are some of the negative manifestations of the concept of time.

Nain, the protagonist in Life Makes A Novel, had troubles with time too. Like other people, she had doubts about changing her lifestyle at forty-five years old. Having been introduced to war at an early age, she had worked hard and sustained a peaceful life for her that never really felt normal. She was used to the sound of guns and bombs, and her heart screams for adventure and danger, so when an opportunity for action came up, Nain wasn’t sure what to do. Nagwa Malik had created a novel that is about making decisions, settling dilemmas, and appreciating life, a book that inspires readers to step up and ignore society’s stereotypes about time and age. This novel will spice up inspiration to everyone as Nain faces her struggles with the utmost courage. 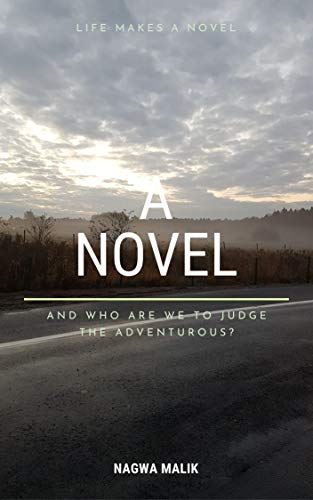 Rewriting your life can’t be late; anyone can do it any day they want to. Time may be limited, but it gives us plenty of time to focus on ourselves and reevaluate what life we want to have in the future. Multitasking, overworking, and doing stuff since time is limited would bring back repercussions in the form of sickness, loneliness, or regrets. It is important to keep in mind that age is just a number; it will never define a person. Our life, just like Nain’s, may have consisted of traumatic and painful experiences; but we must realize that it’s never too late to work on and change it. Life isn’t a race for anyone to win, but a journey that sets no rules on time and age.

A girl in a village doing alright, Vienne grew up fascinated by the power of words and the worlds they create. Her creations are dedicated to serve, encourage, and revitalize a person’s drive. Her free time is usually spent writing poems and stories that come up in her mind. Just as literature did for her, she wishes to motivate and help people realize their own sparks.